Students learned the engineering of how to construct Rikka in a quick and correct way.

The materials for this Rikka were a little more difficult to deal with than the ones for Rikka Step by Step 1-1, but everyone handled each stem very well.
Some students were reluctant in the beginning to learn Rikka, but now they say it is easy to learn Rikka through Kazuko’s “engineering” method. 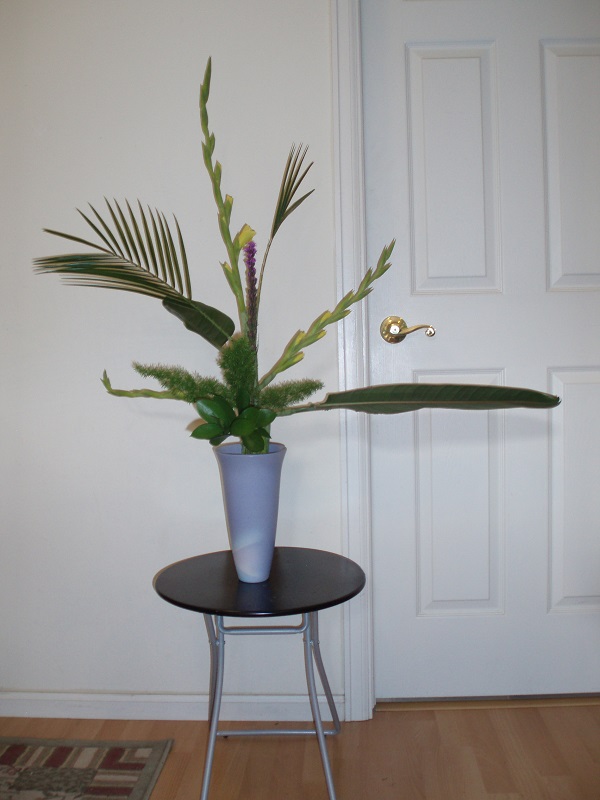 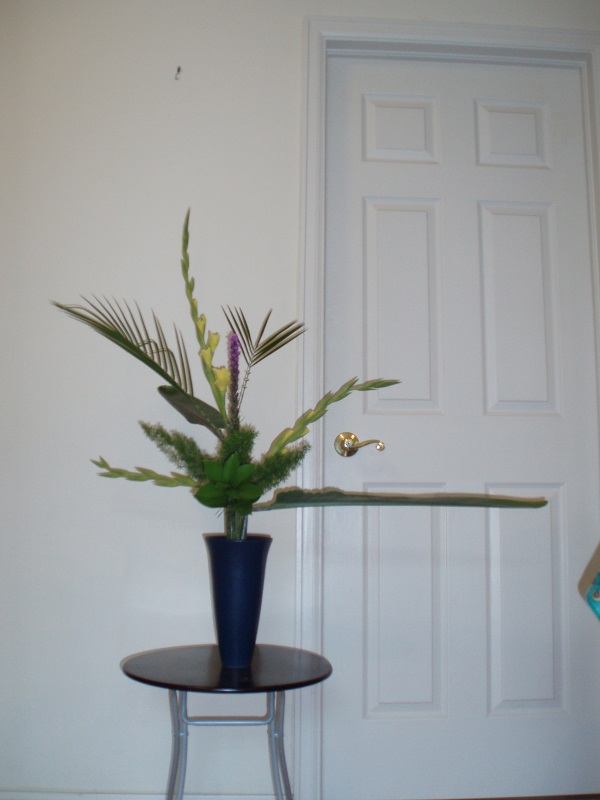 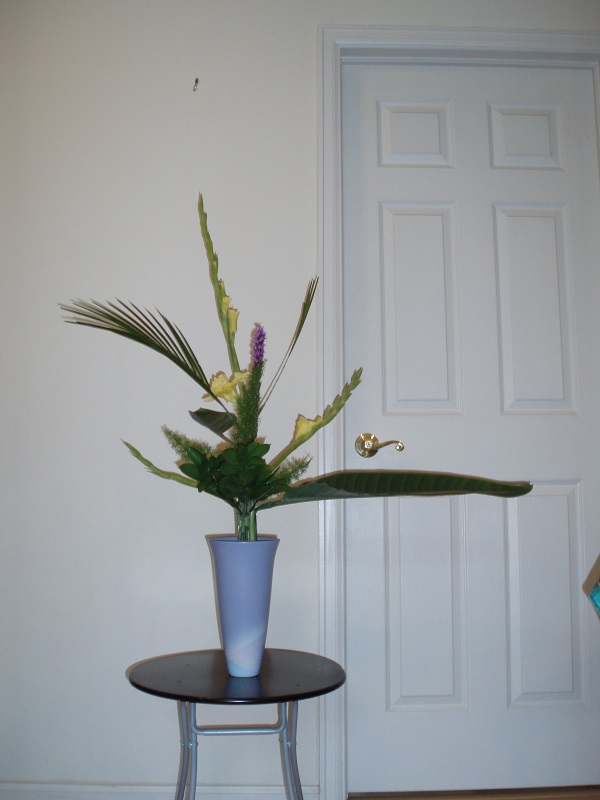 By Naoko:
Naoko had brought her own Larkspur instead of Gladiolus. 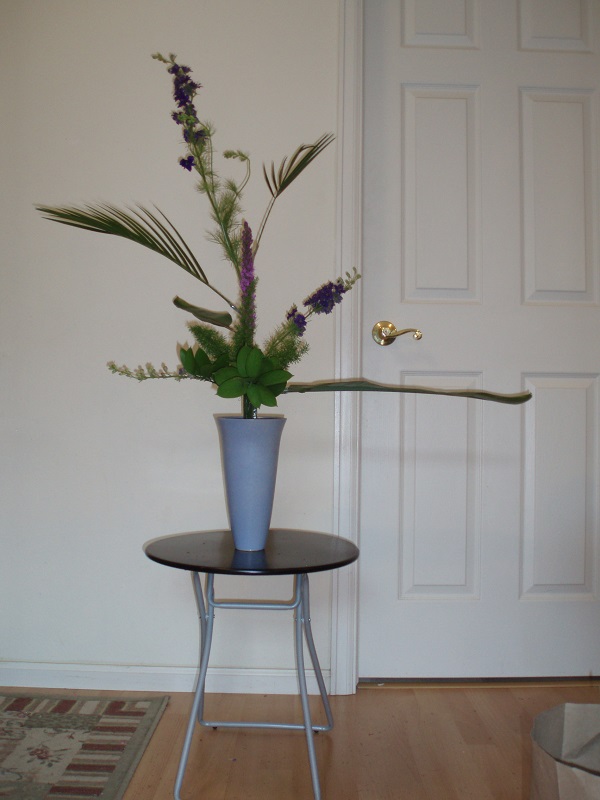 By Kazuko:
After “Rikka 1-2” workshop, one Gladiolus, several Liatris and some greens were left. So, Kazuko made a Rikka with leftover meterials. Mini Carnation, Pompom Mum, Statice were leftovers from Wedding Flower 101 class. 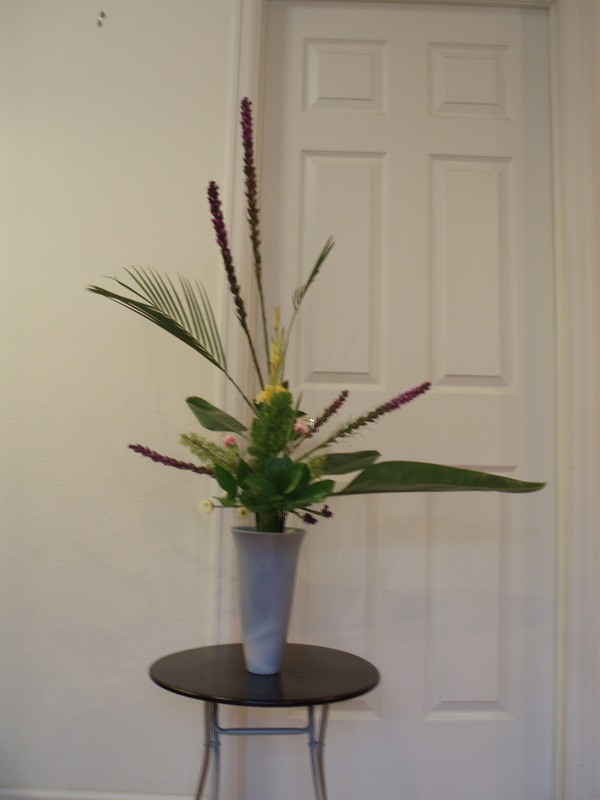